I’ve recently come out of the fog of new motherhood and am rediscovering a life I once knew! A creative, quilty life. We changed houses, remodeled the new house, had a second baby, and I stay home with the kids now. In this time my sewing room has been packed up in boxes, waiting for me in the basement. And now it’s happening! I’ve moved the two kids into a shared bedroom and have set up a functioning sewing room. YAY.

Lots to unpack and organize still, but that’s the fun part, right? There’s a ton of long languished UFO’s hanging out and I’ve already finished up a few things while digging though. Here’s a couple of them. Leftover broken dishes blocks from a mini quilt swap became a throw pillow for Rita’s bedroom. She requested it be soft and cuddly, so I had to involve minky. I don’t really know why, but I did two layers of batting and things got pretty thick so I ended up doing a double fold binding and hand stitching it to the back.

Also found this half made rope basket and finished it up. For now it’s sitting on the floor for little scraps and thread trimmings.

I’ve been posting on Instagram again but it’s a confusing place for me now. There’s a lot more to it than I remember! I figure while I’m figuring it out, I’ll give this old blog a kick too. Anybody out there? Leave me a comment if you read this far!
That’s all for now.
Posted by Krista Schneider at 10:52 AM

I love hearing from you, thanks for stopping by!

Krista Schneider
mad scientist by day, quilter by night. this here is my creative outlet, dig in and stay a while! 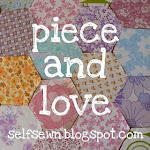 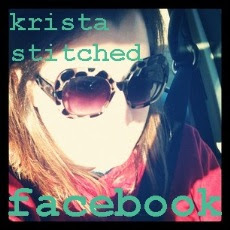